If you’ve seen my blog post titled inspo, you already know how impressed I am by torvim’s inspo collection.

One day, while randomly browsing images in this collection, I came across the following image: 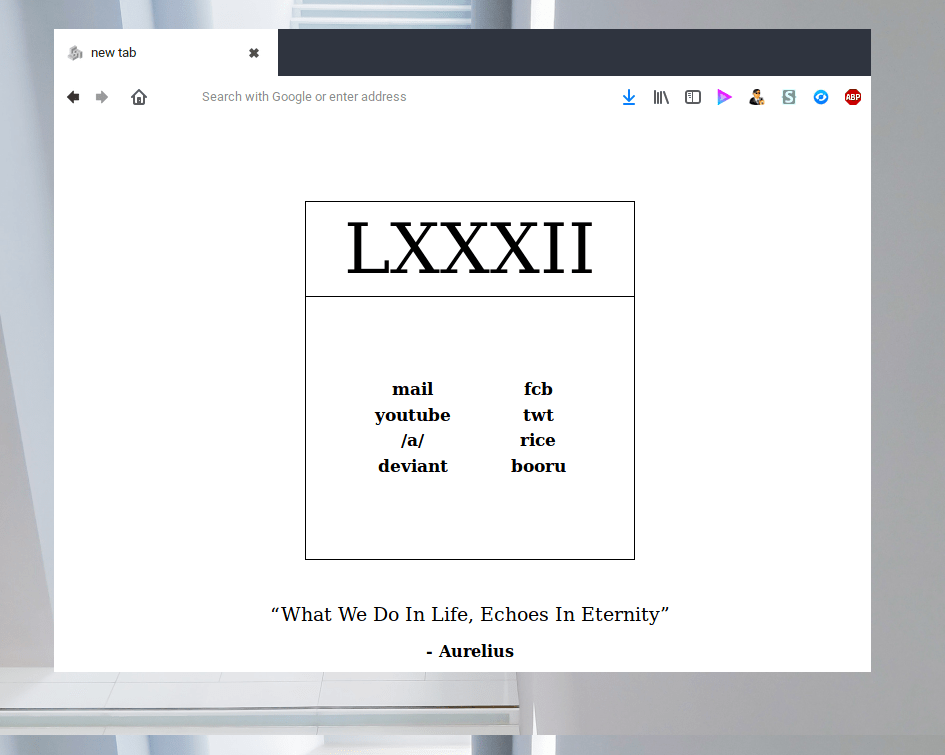 The screenshot showed a new tab page with a pretty minimal layout.

I had been using other extensions to show bookmarks in the new tab page so that they could be easily accessible, so upon seeing the screenshot from the inspo collection, I decided to create a similar browser extension. There might already be an extension with the exact design (how else would that screenshot exist then?), but creating an extension that I will use daily seemed fun so I went through with it.

Since chrome, firefox and edge (since it’s based on chromium), have adopted the webextension spec so it’s easy to develop extensions for all of these browsers using a single codebase. There are some minor differences though. Firefox webextension API’s are promise based but chrome is still using the older callback syntax, also functions on chrome are under the chrome namespace, as compared to browser on firefox. Thankfully, firefox has a handy polyfill which helps iron out these quirks.

The extension’s code is open source and is available on github.

Here is how the new tab page looks on chrome and firefox and edge: 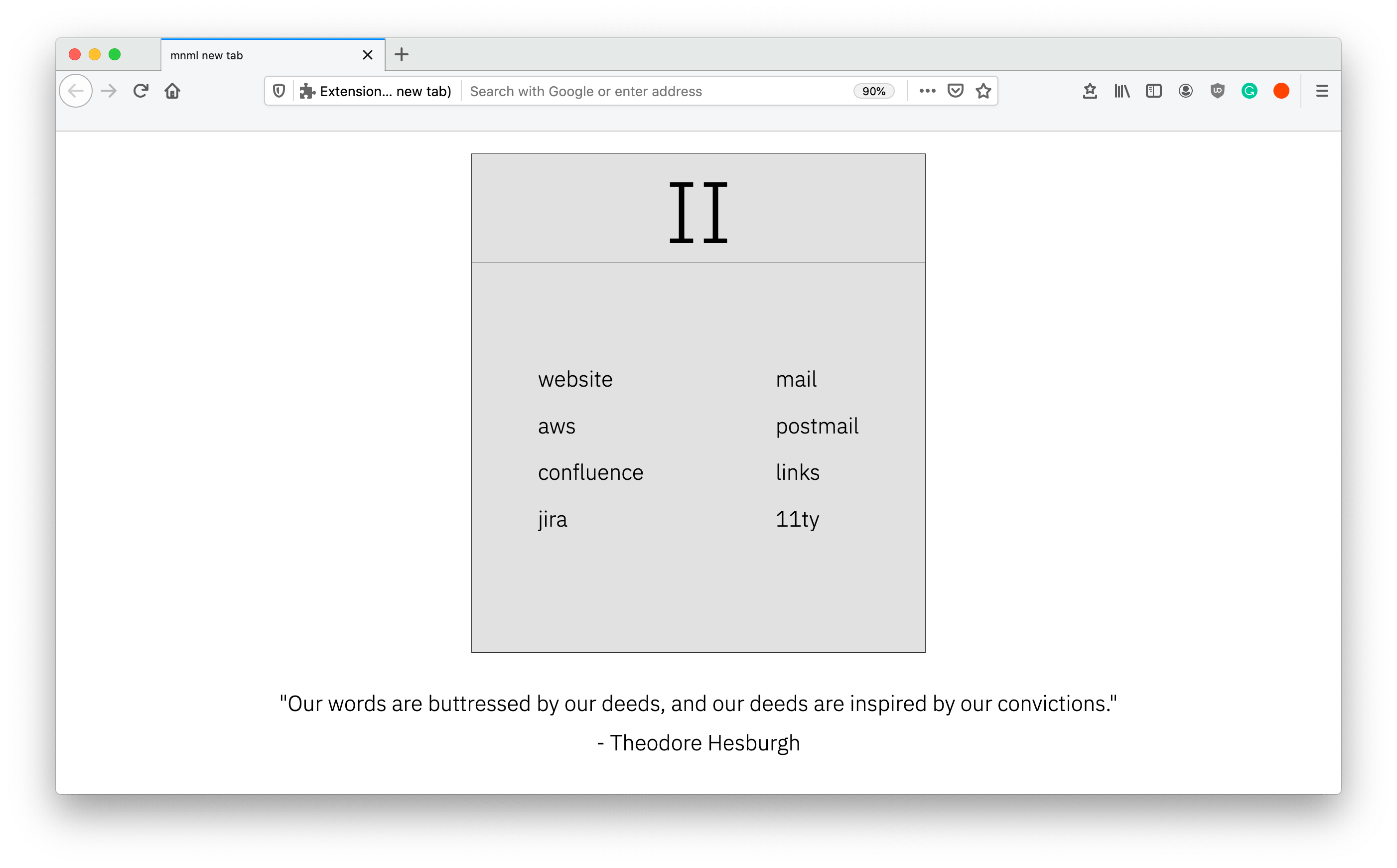 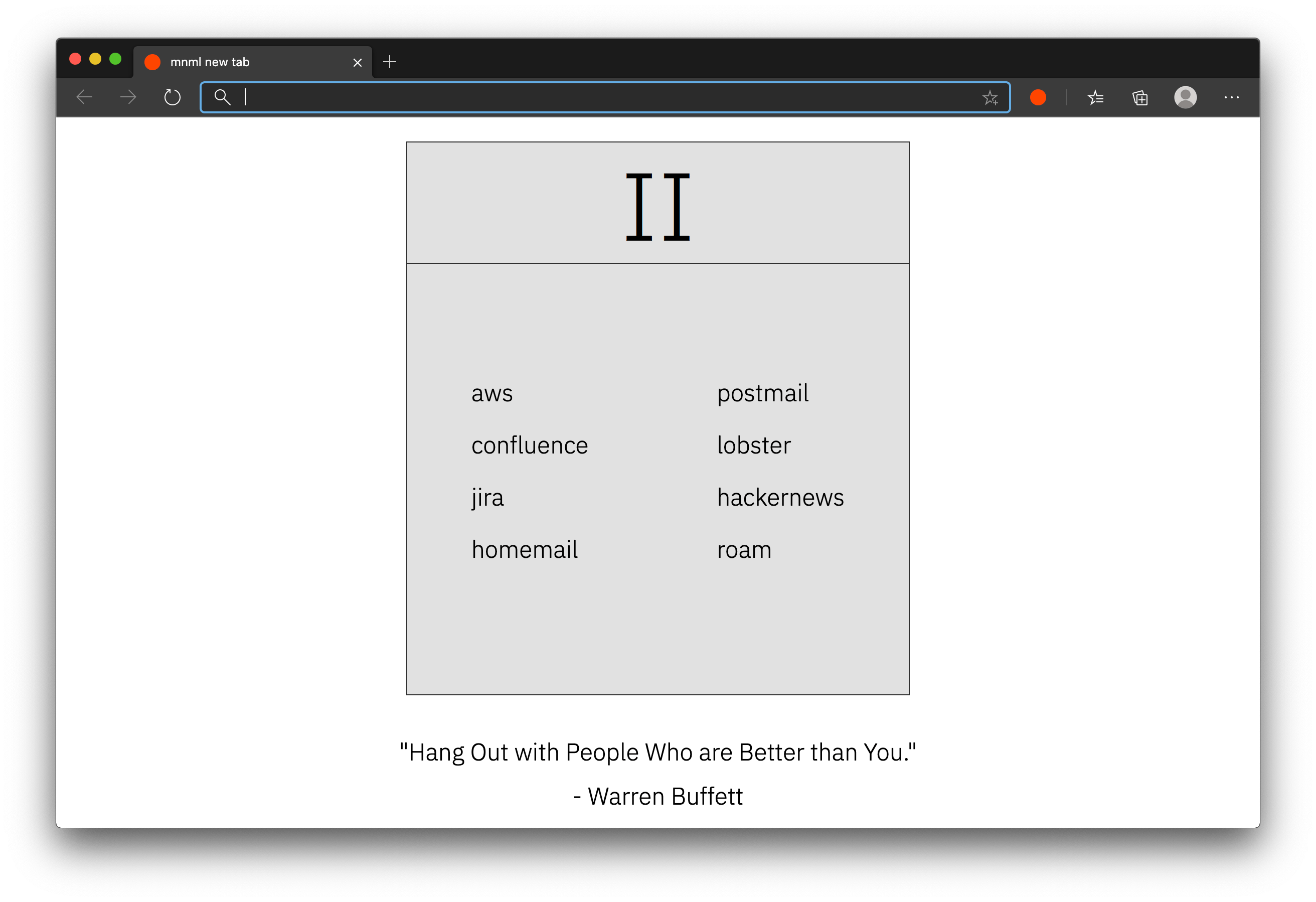