I went on a trip to Mussoorie today. Mussorie has a very old heritage especially because it was a winter haven for Englishmen who served in the British army. There’s not a lot of British heritage left at first sight, but thanks to a youtube video I was watching to figure out my itinerary for the day, I discovered that there is an old British military cemetery there.

Being the history buff I am, I instantly wanted to visit it.

We were in the area when I put the location on google maps and told the driver to drive. The map showed another active cemetery nearby, and as we reached there was a lock on the gates. I was disappointed and also a little embarrassed because my family in the car were not very supportive of my grave hunting escapades.

I was about to give up when our driver, who must have guessed how hopeful I was of looking at some old graves, decided to stop.

We asked some locals who told me to take the path that led downhill into the jungle.

I don’t think I took heed of anything else around me and dashed into the path.

It was a typical downhill curvy path and I was initially unsure whether I was on the right path. I kept walking and saw an ancient structure that definitely looked like a cemetery, so I kept walking.

As I reached the gates of the place, I realized they were closed as well, with a notice saying that entry was not allowed.

Graves are a morbid place to be, so I understood their intentions, but my expedition was incomplete.

I was breathing heavily due to all the downhill walking I was doing and also out of excitement.

Soon I heard the voices of my mom and sister. They must have followed me here.

Seeing them gave me newfound confidence and I decided to jump over a broken portion of the wall to go inside and do what I came here for.

I was very afraid and definitely prayed to Jesus although I am not a Christian because what I was doing was definitely how a lot of Hollywood horror movies start.

I had a look at some of the graves and started clicking photos but the graves I found were very recent. The youtube video I saw showcased graves from the year 1800 so I decided to keep looking.

If you’ve ever been to a hilly area, you must know that mountain slopes are made navigable by dividing the region into step-like structures.

I headed down some steps and then found what I was looking for.

Here are some photos: 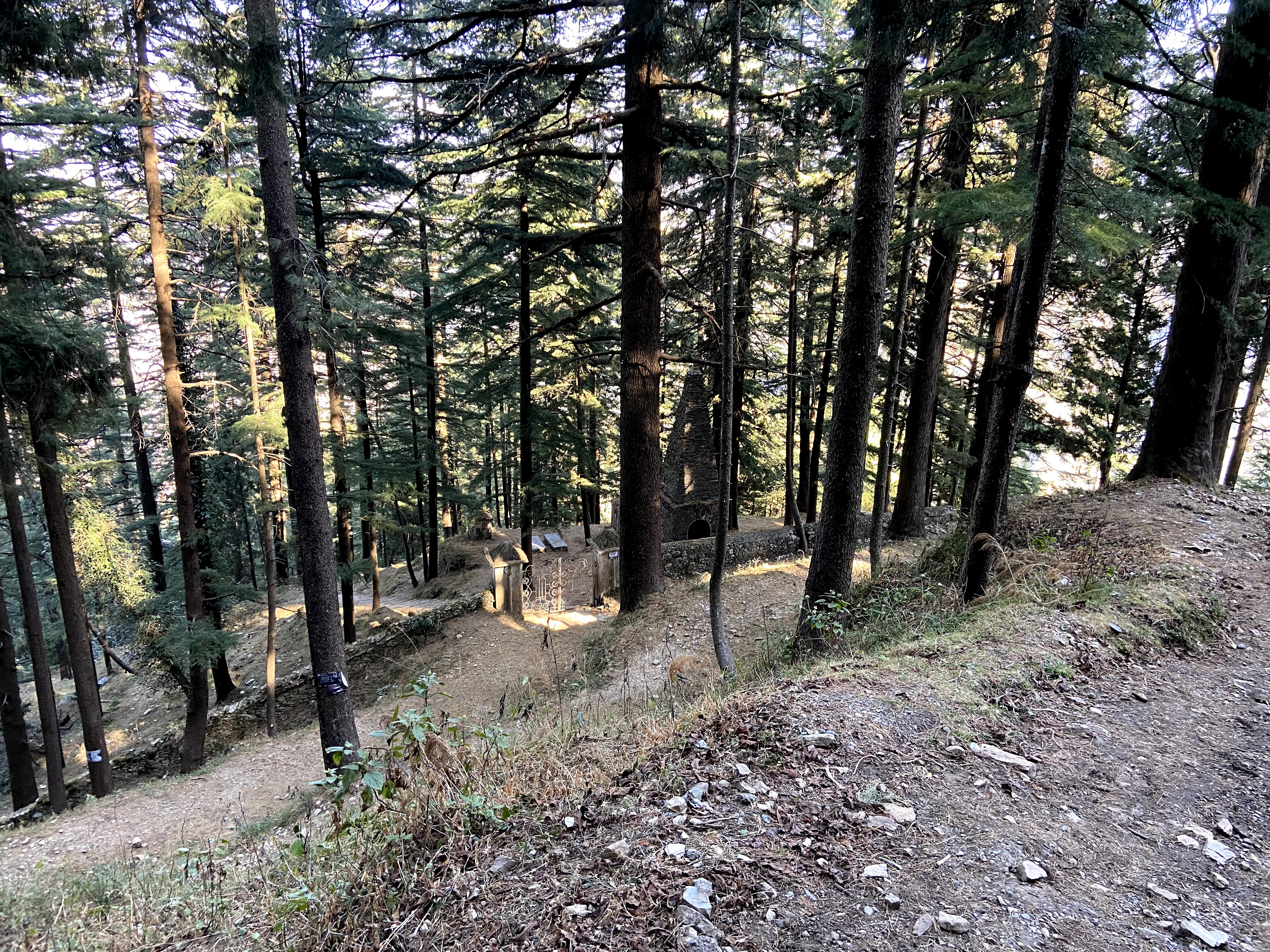 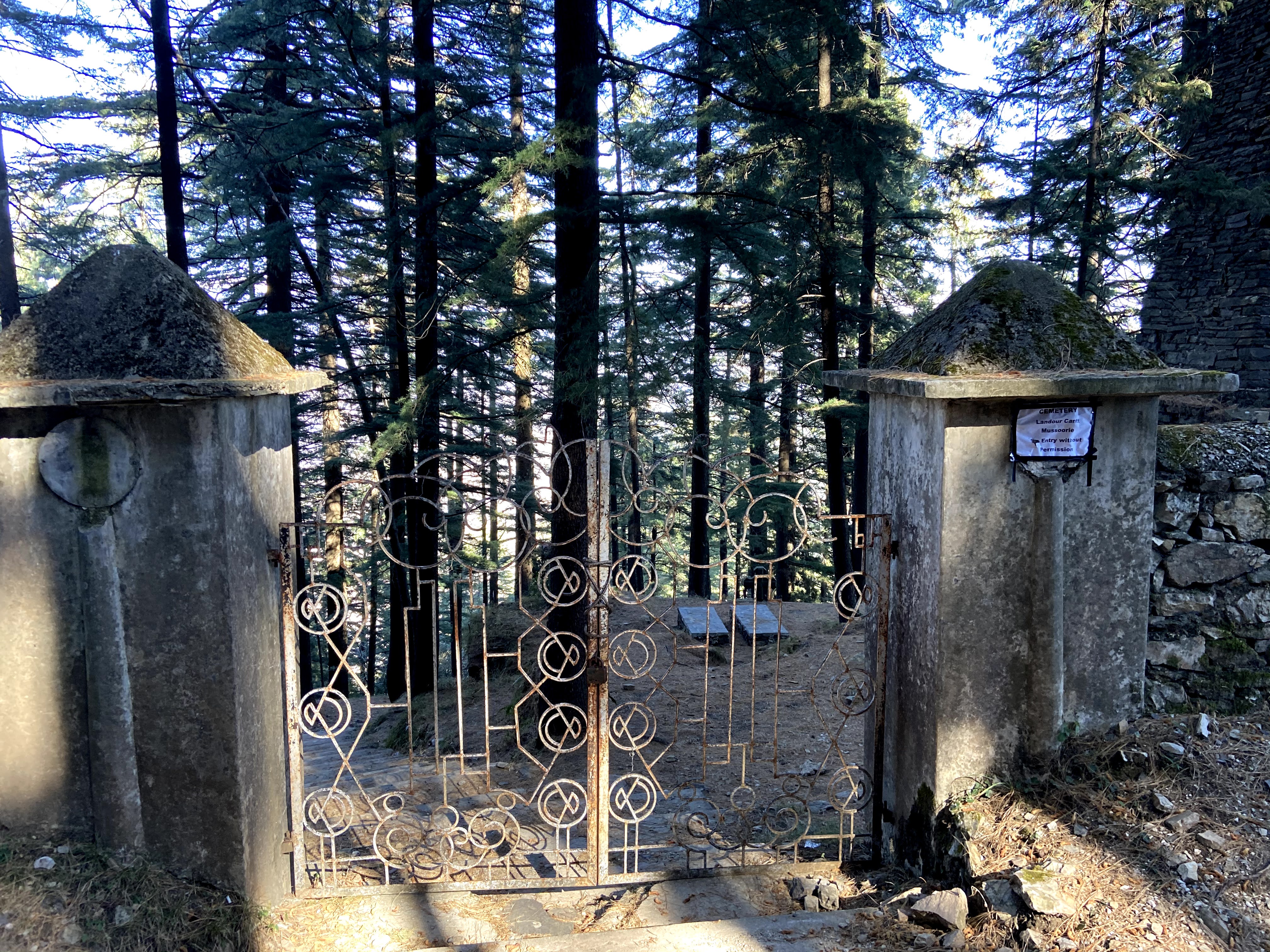 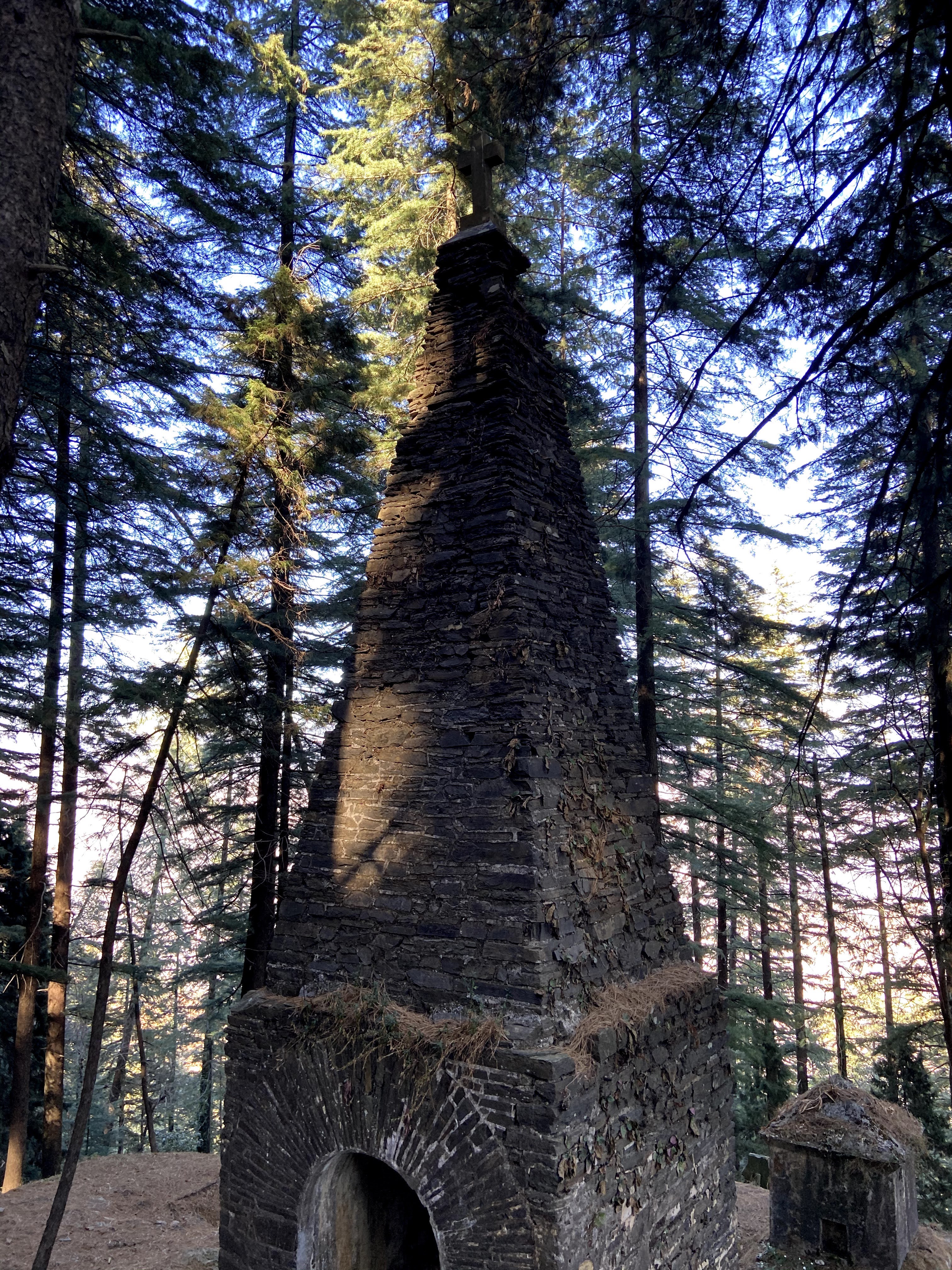 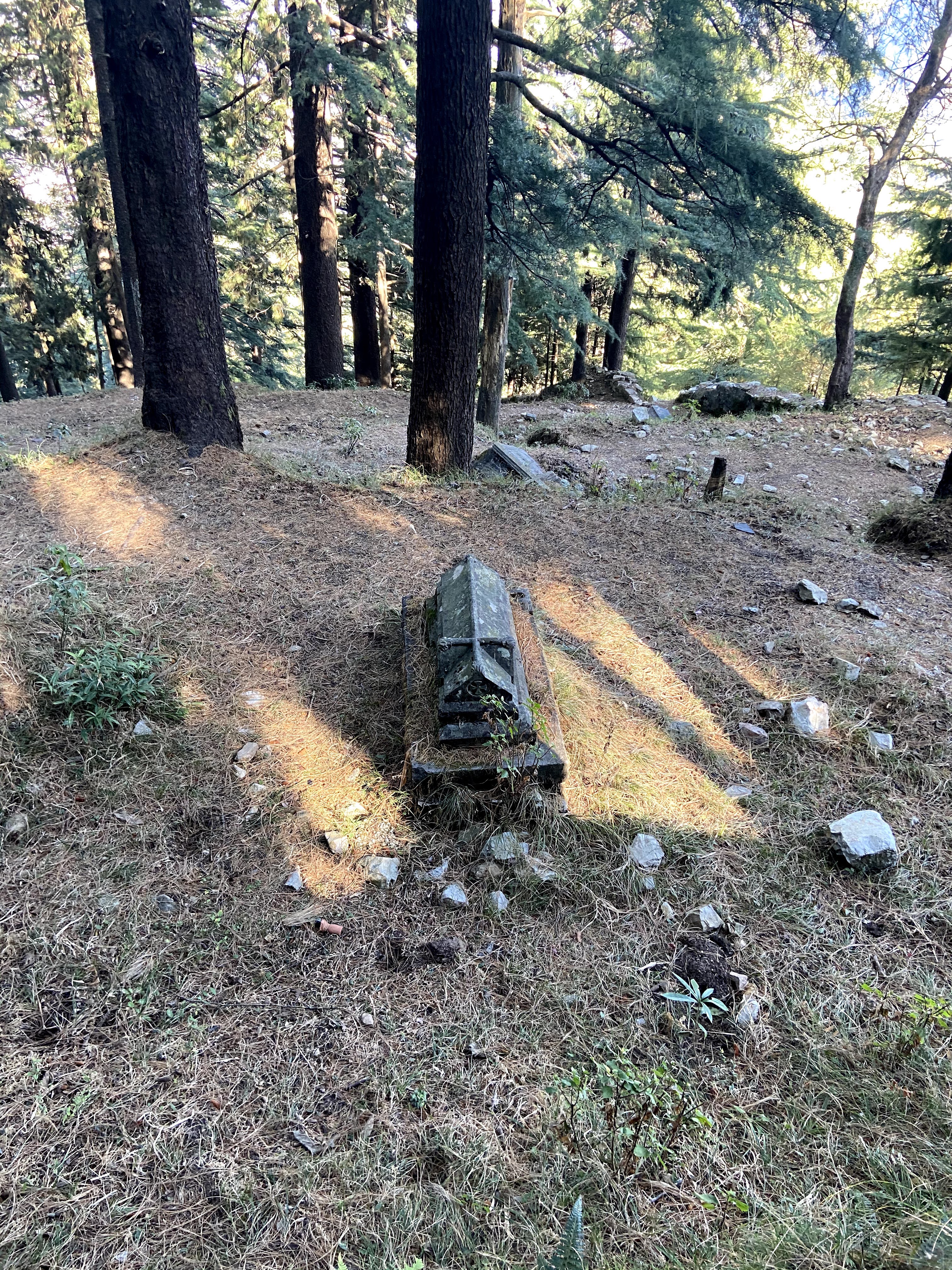 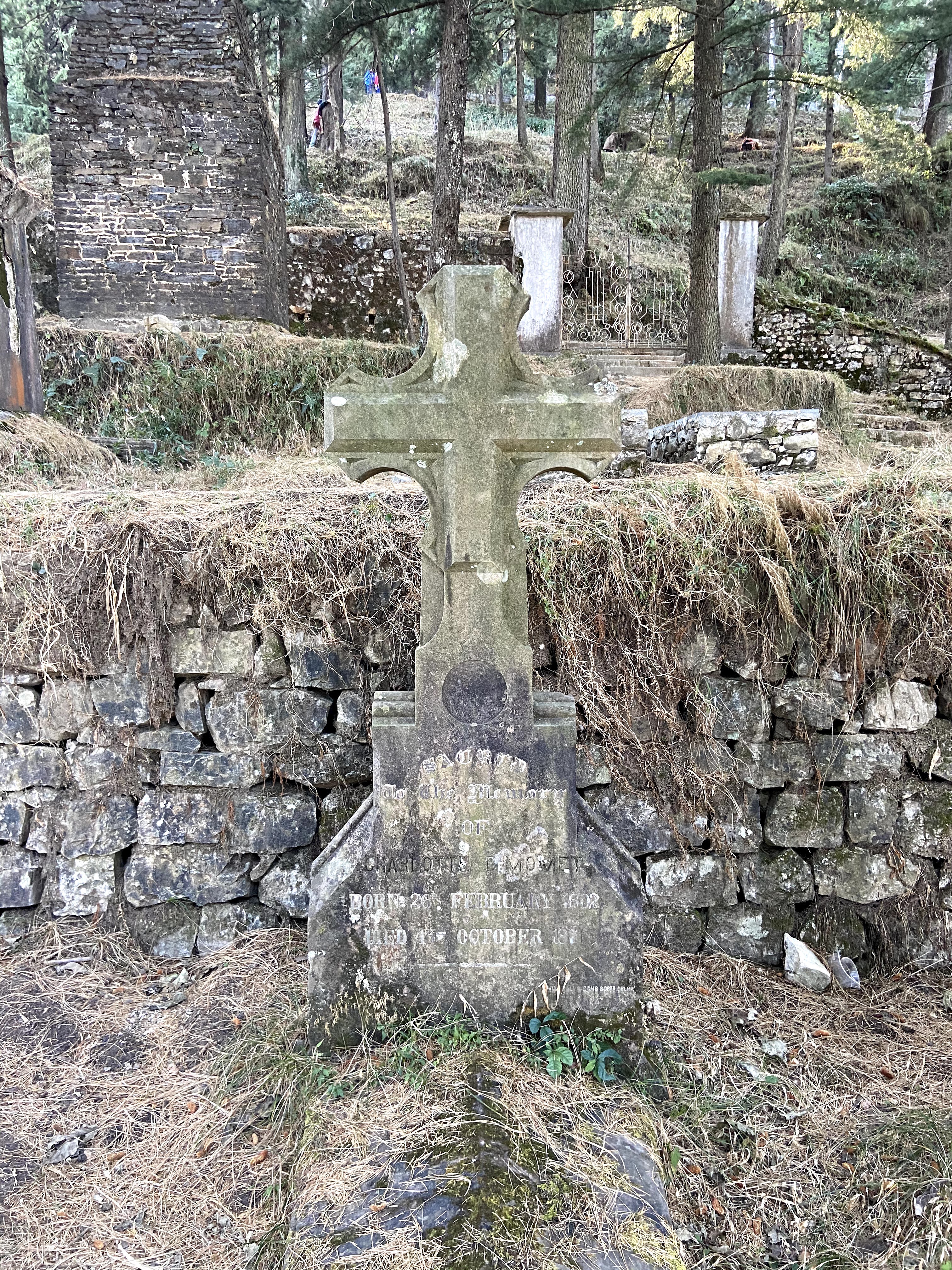